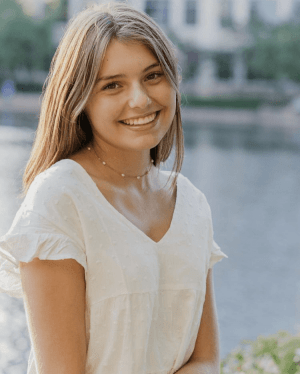 Judy: So how old were you when you found out you had dyslexia?

Abby: I was 16, going into my junior year in high school, about a year ago

Judy: Were you surprised with the diagnosis?

Judy: What made you think you were dumb?

Abby: I didn’t learn how to read until 3rdgrade. I was still on a kindergarten reading level. My mom home schooled me in second grade. We were living in England because my dad was a physician practicing on the air force base at Lakenheath. I felt like the only person in the world who couldn’t read.  All the kids around me could read. My mom (Tessie) home schooled me in second grade because I was falling behind with reading.

Judy to Tessie: What prompted you to homeschool Abby?

Tessie: We were living in England at the time. At the start of the year Abby was assigned to a really bad school teacher. She was already behind in school.

Judy: In what way was the teacher bad?

Tessie: The homework did not make sense and he showed favoritism. He got fired the next year. His name was Mr. Winey.

Judy: When you started homeschooling, how did you figure out what curriculum to use and how to do it?

Tessie: I had researched a lot about homeschool several years earlier when I lived in Mississippi and read a lot about it. I knew Abby was having a lot of trouble. After we were a ways into it, I realized it was beyond what I could teach her. She couldn’t remember the reading rules and blend phonics. She could not sound out the words and then remember what they were. It was the right choice to home school her even though I felt like I gave her zero help academically. But she gained a lot of confidence. Our relationship grew a lot that year.  One on one attention was invaluable for her self-esteem but we struggled academically.

Judy: Was she tested at the school in England?

Tessie: Yes, she was tested at the Department of Defense School on the Air Force Base. They said she had a processing delay. The school said that dyslexia was an old fashioned term so they didn’t call it that.

Judy: Were there any specific things you have done to help her with schooling.

Tessie: When she was younger we would wake up early and do homework together in the mornings. I was able to help her think up mnemonic devices and memory tricks.

Judy to Abby: Was there something that helped you start to learn?

Abby: I had a really good teacher in 3rdgrade. There was a program called Read 180 and I started to get it. As soon as I could read I liked reading chapter books. I went to special classes all through elementary school to get caught up. About in 6thgrade I got caught up with my reading.

Judy: I know you love to read now. When did you start reading for enjoyment?

Abby: As soon as I was able, at the end of third grade, my reading level went up. I liked reading. I could read Magic Tree House and stuff.

Judy: What was the testing like that you took last year to find out the diagnosis?

Abby: A lot of flash cards and reading and questions. It took multiple sessions. I think there were three, two hour sessions.

Judy: What prompted you to seek out the testing at the age of 16?

Abby: It was to hopefully get accommodations on the ACT.  It would allow me to get extra time if I was able to show I had a learning disability.

Judy: Did you tell your teachers about the dyslexia?

Abby: Yes, but nothing changed. The school system doesn’t know how to accommodate kids with learning disabilities.

Abby: I can’t answer that because I don’t know what it’s like without dyslexia. I don’t know anything different.

Judy: Could you describe what it is like or how it shows up?

Judy: Would it help if it was read to you?

Abby: No that doesn’t change how my brain processes information.

Judy: How about pictures, do pictures help?

Abby: I know most people are visual learners.

Judy: Have you learned any tricks to help you retain information?

Abby: Talking through it helps.  Having a conversation about what I am reading and saying it out loud. It helps to have someone talk it through with me.

Judy: Have you heard of famous people who have dyslexia?

Abby: Yes, but I can’t think of them now.

Judy: Do you have any peers who have dyslexia?

Abby: NO you don’t really talk about that.

Judy: What advice would you have for a little kid who has learning differences?

Abby: You are not dumb. It might be harder for you but you might have other talents. I know its hard. You just have to keep pushing through it.

But, if someone told me this I would have hated that advice.

Judy: What is the hardest part about having dyslexia?

Abby: The hardest part about it is how frustrating it is to put in the same work as my peers who get better results. When they didn’t try half as hard as I did. I haven’t met any other kids with dyslexia. I don’t talk about it. It’s all pretty new for me.

Judy: Do you think it would have been better to have a diagnosis earlier in your schooling?

If you knew Abby you would see how intelligent and gifted she is. From a tiny age she made friends easily. Many want to gather around her to feel her joyful spirit. She gives the most genuine and well thought out complements and has a lot of love for her friends and family. She is considerate and often thinks of others and easily empathizes. She will make you laugh. She always worked hard in school. I think some kids would tend to give up when it became apparent that they had to work harder than others to get mediocre results, but not Abby. She is anything but lazy and has worked diligently all through school. Her teachers love her because they see how hard she works.

We all have unique ways in which our brain works. The key is finding the path that works best for your brain. If it isn’t academics, it might be artistic talent or people skills. I see why many parents with dyslexic children lean towards home schooling because the curriculum can be more easily tailored for the individual student. I was amazed when we owned a Sylvan Learning Center in Bountiful Utah and kids came to us for help with reading. I had always taken it for granted that a kid can learn to read. But we had third graders who couldn’t read even though they had tons of lessons and these kids were often gifted with verbal skills or in math. It drove home the truth that learning differences do not in any way mean lower IQ. In fact, quite the opposite is true, I believe. Most of these kids who learn outside the box are extremely intelligent. That has been my experience, anyway, while I was at the Sylvan Learning Center. And that is Abby through and through.