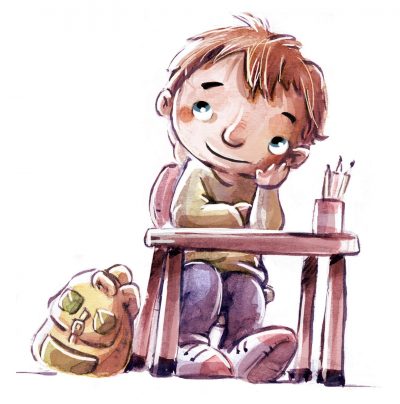 “My ten year old daughter had anxiety about taking math tests. For four years she has been expected to know her math facts quickly (in a snap). She had tried multiple methods but could not keep the answers in her head. By now we had tried rote memorization, card games, tutoring, YouTube videos, and math intervention at school. She was behind her peers and couldn’t seem to make herself learn these math facts. She has a strong math brain and understands the concepts, but memorizing those facts was killing her.

I was frustrated and remembered my own tears when trying to memorize those math facts. The worst was the public humiliation from not getting a star on my fact chart when all the other kids had stars.

Late this summer, while driving home from back-to-school shopping, my daughter went into a panic about not knowing her math facts. On the car ride we discovered the app Times Alive and she listened to the songs and stories without my help. To get her ready for school, I required her to do some type of math fact practice for ten minutes daily over the next month. It was her choice which method she wanted to use. I gave her choices- other apps, Times Alive, Times Tables the Fun Way book for kids, YouTube videos, writing the facts on a wipe erase board, finger drawing on a window, gambling with goldfish, verbal quizzing. She tried all of them, but the thing she kept choosing was Times Alive and the book, Times Tables the Fun Way.

Over the next two weeks I watched her transform to actually thinking it was fun to practice math facts! She had to do it anyways, so I believe she thought, why not choose Times Alive since it is fun and she could practice independently.

She thought the stories and voices were funny and dorky in her 6th grade way, but finally she could remember those tricky numbers! Her anxiety melted away when it became fun. Now SHE could teach ME the stories. I asked her how she knew the facts and she said “I remember the picture in the book” or “I think of the story.” Today, when I quiz her, I keep the book out and give her hints like “remember the desert.” It works like a charm and we don’t have to argue about it! We still have to work on it but now we CAN. The barrier to practice has been removed.

My confidence in being a helpful mom has been restored using this system.”

So what is it about Times Alive that helps kids with learning differences like dyslexia, adhd, autism, dyscalculia, finally able to learn the times tables? Some students are able to file raw number facts away in their brains for later retrieval of the answers with practice, while others need some “meat” or other clues to wrap around the raw numbers. These visual learners thrive with the picture and story method. In the App, Times Alive, animated number characters act out a story for each fact. Once the student learns the story, they are able to remember the answer.

For instance, to teach 6×6, the story tells about Twin Sixes who set out to cross the desert to visit their cousins. Half way there they get low on water and stumble on a pond with a sign that says the water is for “Thirsty-sixes” which sounds like the answer to 6×6, 36. So the trick is to get the student to think about the picture in their brain of the 6’s crossing the desert with their tongues hanging out when they see 6×6. OH yah, they think. Thirsty sixes, 36. Difficult facts are taught in the Times Alive App with an animated movie of the story, followed by a song, and then interactive games to reinforce the story taught. The App is based on the award winning book Times Tables the Fun Way Book for Kids. Studies show Times Tables the Fun Way outperforms other methods of learning the times tables for most students. The Times Alive App is available at the App Store.